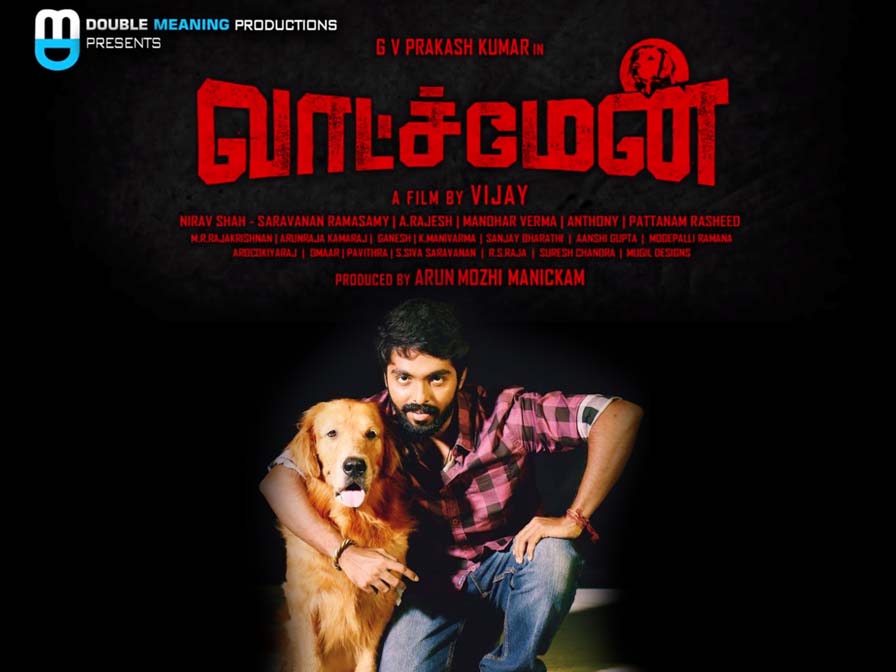 Chennai, 24th March, 2020: This Sunday as the nation stays indoors, COLORS Tamil is here to drive your boredom away! We have a special treat for you to make your Sunday evening exciting. Tune in to the World Television Premiere of “Watchman”, an action-thriller that will surely have you on the edge of your seats. Spend quality time at home and tune in on March 29th, Sunday to watch Watchman which will air back-to-back, first at 6 p.m. and then at 9 p.m. only on COLORS Tamil.

Written and directed by AL Vijay, Watchman stars GV Prakash Kumar in the lead role, who has also composed the music for the film. GVP reunites with Vijay for the first time after their super-duper hit Idhu Enna Maayam in 2015.The female lead is played by the super talented Samyukhtha Hedge. Yogi Babu, everybody’s favourite comedian, plays an important supporting role along with Suman and Raj Arjun. Don’t miss the song ‘Toto’, a peppy number sung by Arunraja Kamraj. Watchman is a gripping action thriller which sees the main protagonist, who is struggling to repay his debts taken from a loan shark, trapped in a secluded bungalow where he faces death threats.

About COLORS Tamil: Launched in the month of February 2018, COLORS Tamil is the youngest family entertainment channel from Viacom18 that thrives to entertain Tamil speaking viewers, around the globe, through distinctive and most powerful stories that empathise, inspire and celebrate a woman and her family. Positioned as “IdhuNammaOruColoru”, COLORS Tamil primarily focuses on storytelling and matches the heritage of the traditionally rich Tamil Nadu culture with qualitative and innovative programming. Some of our flagship programmes that were aired are Velunachi, Arya’s EngeVeetuMaapilai, COLORS Super Kids and OruKadhaiPaadatuma sir. Some of the exciting fictions shows currently on air are Sivagami, Vandhal Sridevi, Perazhagi and Thirumanam.

About Viacom18: Viacom18 Media Pvt. Ltd. is one of India’s fastest growing entertainment networks and a house of iconic brands that offers multi-platform, multi-generational and multicultural brand experiences. A joint venture of TV18, which owns 51%, and Viacom Inc., with a 49% stake, Viacom18 defines entertainment in India by touching the lives of people through its properties on air, online, on ground, in shop and through cinema.